Situated mainly in Phitsanulok Province nearly 130 km from Phitsanulok city center, this 307 km² mountainous park extends east into Loei and Phetchabun provinces nearly 40km from the Laotian border. Due to its rugged terrain and strategic location, the park was an ideal place for guerrilla warfare and became a stronghold for Communist Party of Thailand (CPT) back in 70’s, the remains of their camps and hides are one of the main attractions of the park. Phu Hin Rong Kla was declared as a national park in 1984, only two years after defeat of the the insurgents. 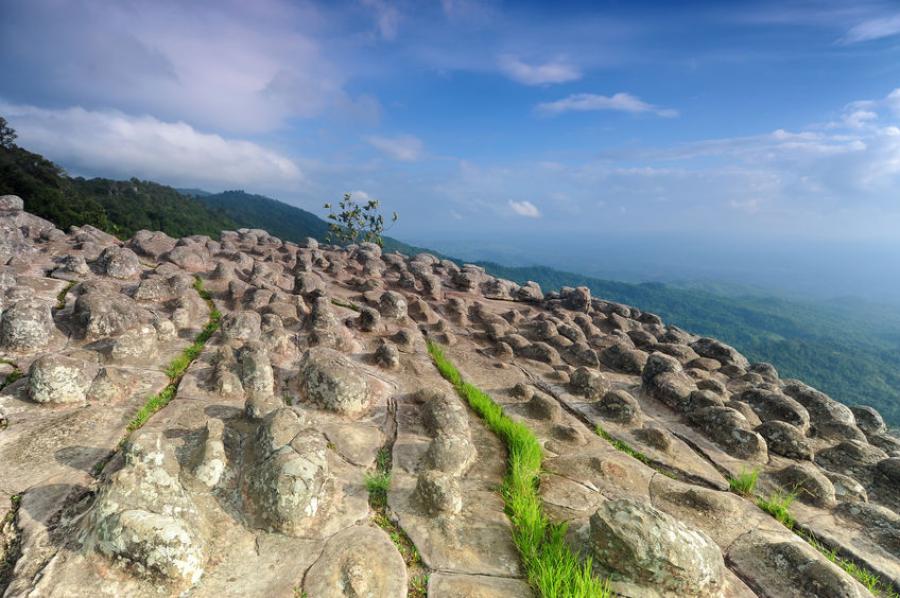 Most of the larger mammals in the park got extirpated during the war between the government and the communists. Although it is believed that few tigers still roam in the park, there is no evidence. The size of park is simply not enough to hold a tiger population; there are also no immediate adjacent protected areas any eventual tigers may move between. Some rare sightings in the park are Asian black bear, leopards and leopard cats.

Besides the historic sites, the park is home to several impressive viewpoints and waterfalls, the park is also famous for it's flower and lush forests. One of most characteristics attractions of the park is the strange rock formations in Lan Hin Taek area some 400 meters west from HQ. Most of the parks attractions are easily accessible from the 37 km long road between western and eastern checkpoints.

The 1794 meters high Phu Thap Buek is the highest mountain in the park in Loei Province. The mountain range is part of the Luang Prabang montane rain forests ecoregion that extends 280 km north along the Thai/Laos border to Luang Prabang in Laos.

The visitor center is reached by Highway 2331 that runs through the park. The area has a smaller museum showcasing some artefacts from the CPT era, exhibiting items like medical instruments, Chinese anatomy charts, paintings of Mao Tse Tung and Joseph Stalin.

Few hundred meters away there is a specious camping ground and bungalows. There are tents/sleeping bags and other accessories are available for rent from the visitor center.

The price for the bungalows range from 1,600 THB (4 people) up to 6,000 THB (30 people), a significant discount will apply when booked for Mon-Thu. All bungalows are equipped with water heater for shower. Bungalows can be booked through DNP website in advance or on spot from the visitor center if there are any available. As the money transfer must be done within 2 days and the fact it takes longer time with transfers from abroad, it is only possible to book from within Thailand only. Payments can be done at 7-Eleven convinicence stores or banks.

There are two restaurants in the camping ground area open from 07:00 till about 20:00.

While Lan Hin Teak viewpoint in walking distance from the visitor center area, Lan Hin Pum is few kilometers away, better to get to with a car.

There are few waterfalls in the park, most of them relatively easily accessible with short trails, some requires up to 4-5 km of hiking.

Both waterfalls are accessible by a nearly 1 km long trail stating 5 km from the park's headquarters. The trailhead is before the School of Military Politics on the left side. A second side trail downstream from Romglao waterfall leads to Paradon waterfall. (The location of this waterfall shown on the map is not accurate, the trail head is correct)

Situated nearly 22 km southeast from the headquarters, this 32 tiered waterfall is accessible by a 3.5 km long trail starting from the waterfall visitor center on the main road. Park staff guidance required to walk this trail.

A medium-sized waterfall accessible by 600 meters long trail off the road near Huay Namsai village.

Ganglad Waterfall is a small waterfall accessible by a 2 km dirt road from Huay Namsai village outside the western checkpoint, down at the foothills of Phu Hin Rong Kla. The more impressive Tadfa Waterfall (also known as Tan Gawsahng) is accessible by a trail 3 to 4 km further uphill.

The park has number of impressive viewpoints, some along the roads, others accessible by relatively short stroll.

Situated less than half kilometer northwest from headquarters in Lan Hin Taek area, this view point is famuous for it's strange rock formations and the viewpoint over the landscape west from the national park.

One of the best viewpoints in the country, known for it's strange rock formations, this series of viewpoints facing the valley to the west are accessible by a nearly 3 km long circular trail starting 3 km southeast from the headquarters. The Communist Party students used the rock formations in this area as shelter from air bombing.

The former Communist Party headquarters and their red victory flag are accessible along this circular trail. The headquarters is a museum nowadays, it exhibits weapons and medical instruments used by the communists.

The car park area of this viewpoint is spacious with many shopping/food vendors.

Few good viewpoints in the park can be found near the Thap Boek checkpoint at the southeast side of the park. One of viewpoints is only few hundred meters from the checkpoint, while the more impressive one is 4.5 km further down the road east. Since the road is following a ridge, good view can be seen along the road on many spots. 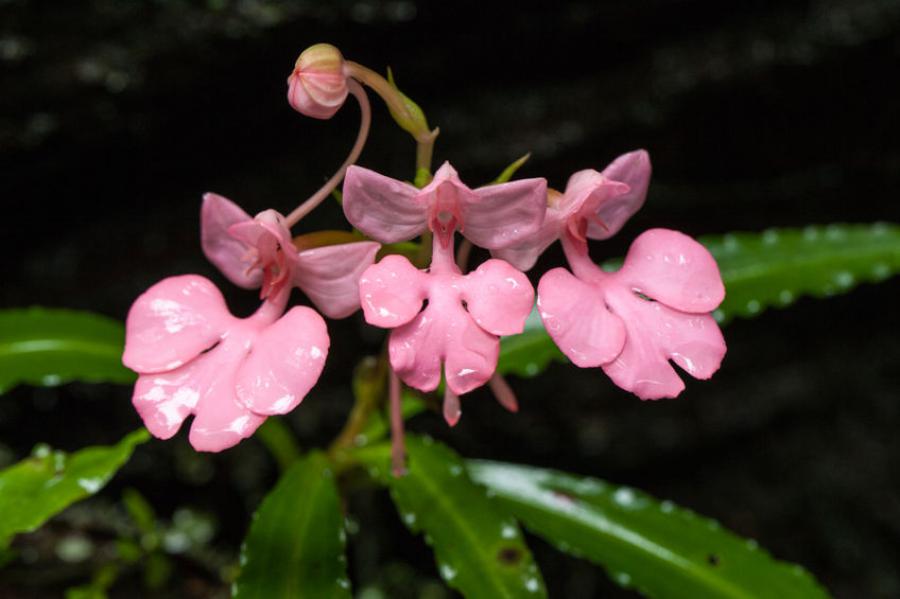