The park is one of the few in the country with big savannas spread all over the park. The camping area at the main visitor center area has a nice view over a savanna, in early morning often covered in mist. There are two accessible waterfalls, Sri Dit Waterfall which is not too far from the visitor center on one of the main roads into the park, the other one Kaeng Sopha Waterfall at the north edge of the park.

Tham Phra Wang Daeng is the longest cave in Thailand situated on the west side of the national park.

The park is one of the few in the country with far too steep entrance fees for foreigners, 500 THB compared to 40 THB for locals. For a park with not much of wildlife, a bit too overrated, particularly when there are not many interesting attractions and that the only restaurant in the park is closed most of the year. Tourists considering visiting a national park in the area are advised to check alternatives such as Tat Mok, Nam Nao or Phu Suan Sai national parks.

There are no public transportation services to the park. Visitors need to arrange private transfer to get to the attractions around the park.

It may be a bit misleading to try get the directions to the park by entering the park name on Google Maps. While the HQ is north/east where Google Maps would create a route to, the main visitor center is at the south/east side of the park in Nong Mae Na District of Phetchabun. Please open the map from this page to see the location of the visitor center area.

To get there; take the highway 21 north from Phetchabun and turn left to the highway 2258 approximately 10 km north from the city center. Drive for 40 km until you see a signpost that will show the direction to the visitor center to the right.

There is a bigger campsite at the main visitor center area where tent for 3 people can be rent for 225 THB and sleeping accessories for 60 THB per person. 30 THB will be charged if you have your own tent with you. Very few toilet and shower facilities at the far edge of the camping ground at around 200-300 meters from the popular spots where people tends to set up their tents.

There are few bungalows in the main visitor center area with good view over the grassland, costs 5,000 THB per night (6 people). At the headquarters area north there are cheaper options; 1,100 THB (4 people), 1,000 THB (4 people) and 2,700 THB (9 people). Bungalows can only be booked through DNP website in advance. As the money transfer must be done within 2 days and the fact it takes longer time with transfers from abroad, it is only possible to book from within Thailand only. Payments can be done at 7-Eleven convenience stores or banks.

The only restaurant at the main visitor center area is only open during the high seasons from November to January. The rest of the year, there is a smaller shop that sells instant noodles and beverages between 8 am and 4 pm.

The main campsite in the park is at the visitor center area in Khao Kho District of Phetchabun. This campsite has a very good view over the open landscape which is covered in mist in the early mornings.

There is a second camping ground just 300-400 meters south/west from the main camping ground, it too have a similar view over the same grassland area.

There are no official trails into the forests for the visitors, but rather an old dirt road which is 13 km long, goes all the way to an old camping ground south/west side of the park. A second dirt road branches from this road and leads back to the visitor center area in a circular path around the grassland area. The circular bit is 4.3 km.

We still haven't visited the second campsite north of the national park. No reliable information on internet about the exact location of this campsite and about how to get there. We will survey the area on one of our upcoming trips during 2019 and update the information here.

12 km north/east from visitor center, the waterfall is easily accessible from Highway 2235 at Khao Kho District of Phetchabun. It is a relatively big single tier waterfall flowing over at one edge of a very wide impressively looking cliff. The waterfall has flowing water all year round.

A large cascading waterfall located at the northern part of the national park at Wang Thong District of Phitsanulok Province. The waterfall is 80 km east from Phitsanulok, and 90 km north/west from Phetchabun just 2.5 km off the road from Highway 12.

The currents can be very strong during the rainy seasons.

Entering this waterfall will also cost 500 Baht for foreigners. Open from 8 am until 4 pm.

With a length of 13,8 km and depth of 131 meters, Tham Phra Wang Daeng is the longest cave in Thailand. 10 km of this cave is on a streamway, possible to walk along.

The cave is situated in west side of the national park in Ban Chomphu village, Noen Maprang District of Phitsanulok. The entrance of the cave is a collapsed chamber with two entrances facing each other.

Only one group of cavers has been to the end of this cave back in April 1998. 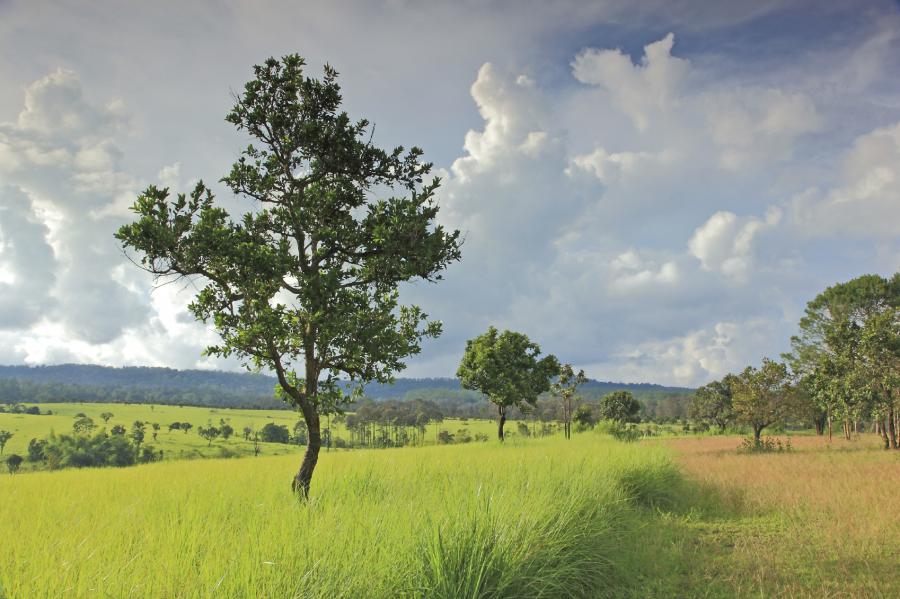 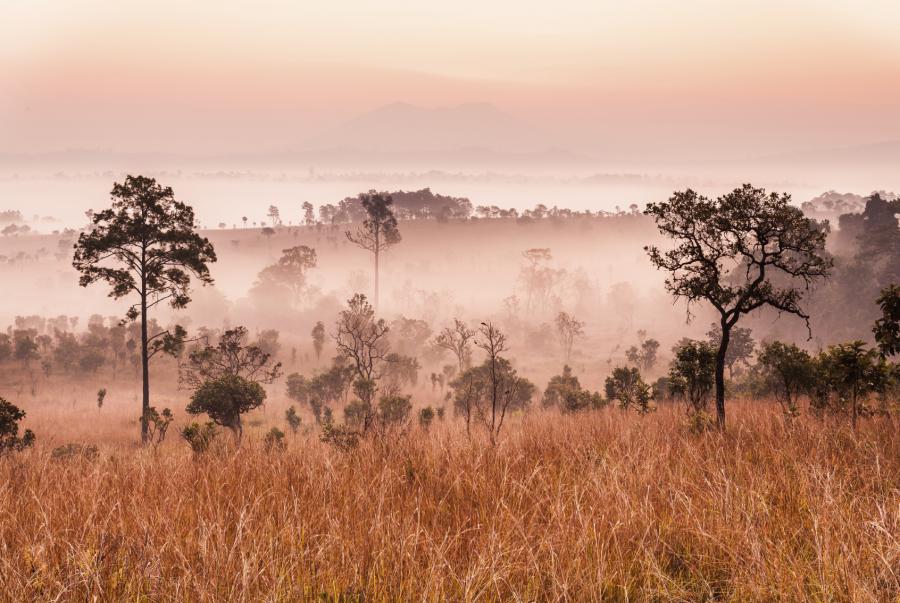 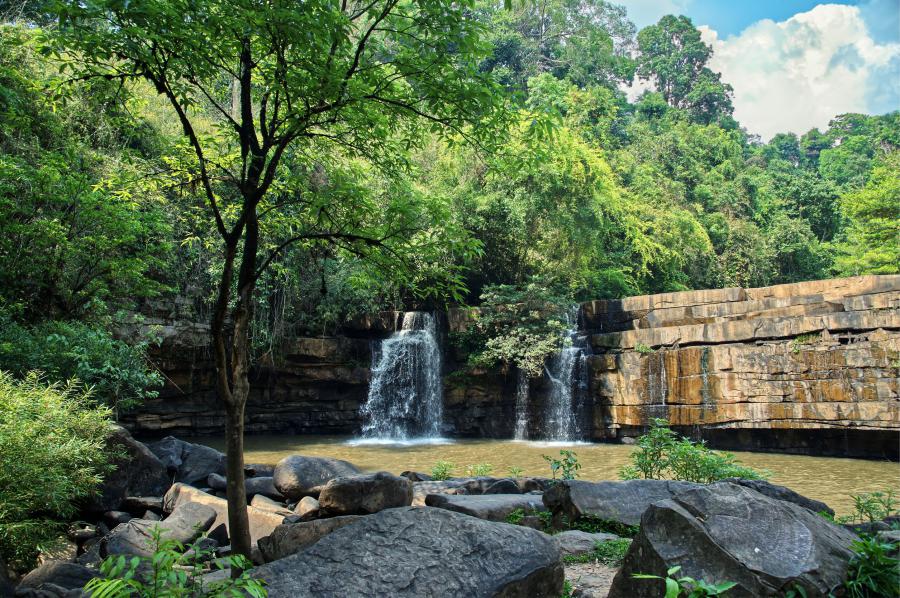 Where next after Thung Salaeng Luang National Park?

There are many options for national parks in the area. Few of these are;

Tat Mok Waterfall National Park - is the nearest from Phetchabun, only 15 km from the city center. Perhaps not easily seen, but impressive wildlife as the park is adjacent to other major protected areas.

Nam Nao National Park - Several trails for hiking, waterfalls, caves. Elephants are very common around the main campsite, but needs a bit luck to see one.

Phu Hin Rong Kla National Parks - Like Thung Salaeng Luang, too steep entrance fees of 500 THB for foreigners. The park has one of the best viewpoints in the country, several other viewpoints and waterfalls.