Open the interactive map of Sirinat

Sirinat National Park is quite a small coastal park, covering 22 km² of coastal land and 68 km² is sea at the northwest coast of Phuket Island. It is about 30 km north from Phuket Town, right next to Phuket Airport. The park is best known for its white sand beaches and the view of aircraft flying low over a beach for landing. The national park is very commercialized with many resorts in and around the park, frequently visited by a large number of tourists.

There are also some clusters of coral reefs about 700 to 1,000 meters offshore. Reef species include plate coral, soft coral, sea fan and sea anemone.

The rainy season is May to October with most rain in May, September and October, the rest of the year is quite dry.

There are no public transportation options to get to to the national park. However, the northern edge of the park is in a not too long stroll from the airport, most songthaews/minivans to airport can be used to get to the park.

The most practical way to get to the national park is by a bike that can be rented from many bike rental stores. The only other alternative would be a private taxi or car.

Once in the park, the only option to get around is either with own vehicle or by foot.

The park is open 24 hours a day and all year round.

The main activisited in the park are beach, watching aircraft flying low over Mai Khao Beach for landing, kayaking and snorkelling.

The park is also a nice place to see various birds.

There is an open area designated for campers, however, there are no tent or camping gear to rent. It costs 30 Baht per night to set up own tent in the camping area.

There are 12 bungalows of various sizes in the headquarters area, all with a single room and for 2 people, from 2,000 Baht per night. A 20% discount will apply when booked for Mon to Thu.

Bungalows can be booked through DNP website in advance or on the spot if available. As the money transfer must be done within 2 days and the fact that it takes time with transfers from abroad, it is only possible to book from within Thailand only. Payments can be done at 7-Eleven convenience stores or banks.

Apart from the park bungalows, there are a good number of resorts/hotels in and around the park.

There is a restaurant in the park open 9 am to 7 pm. As the park is very commercialised there many other restaurants in and around the park.

Although it is advertised as a clean park, the national park beaches are far from clean due to constant debris floating to the land from the sea. Only the parts of the beaches in front of some resorts are cleaned regularly.

About 9-10 km long, it is the longest beach in Phuket Island, spans from around Phuket Airport all the way north to the northernmost edge of the island. The beach was once an important sanctuary for sea turtles, but due to poaching of eggs and unregulated development of resorts right next to beaches, no more turtle eggs have been seen in the beach since 2013.

Many websites claims this beach to be pristine, undeveloped etc. It is decades old truth, not anymore.

This is the beach next to the headquarters and the visitor center area of the national park right south of Phuket Airport. Despite being inside the national park, there are many resorts around this beach. 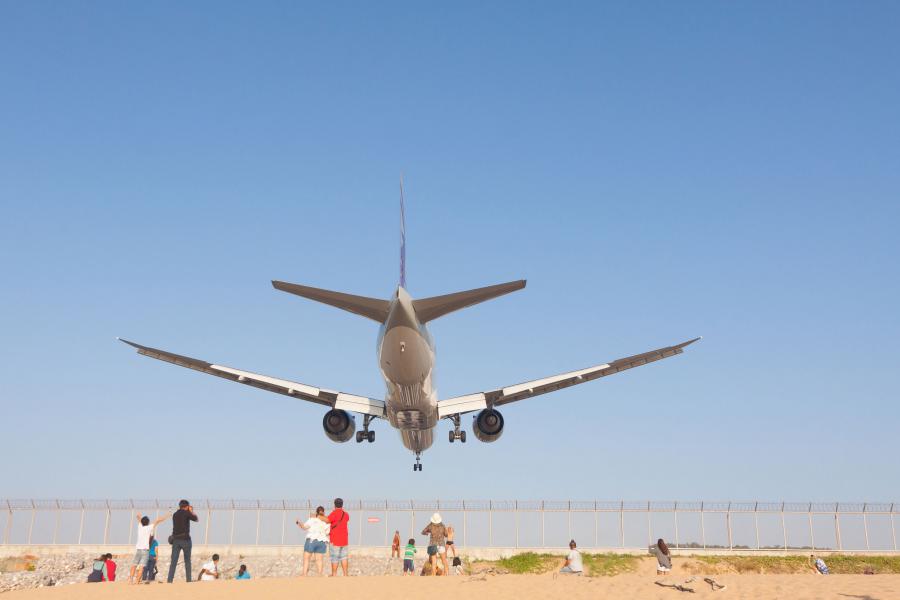 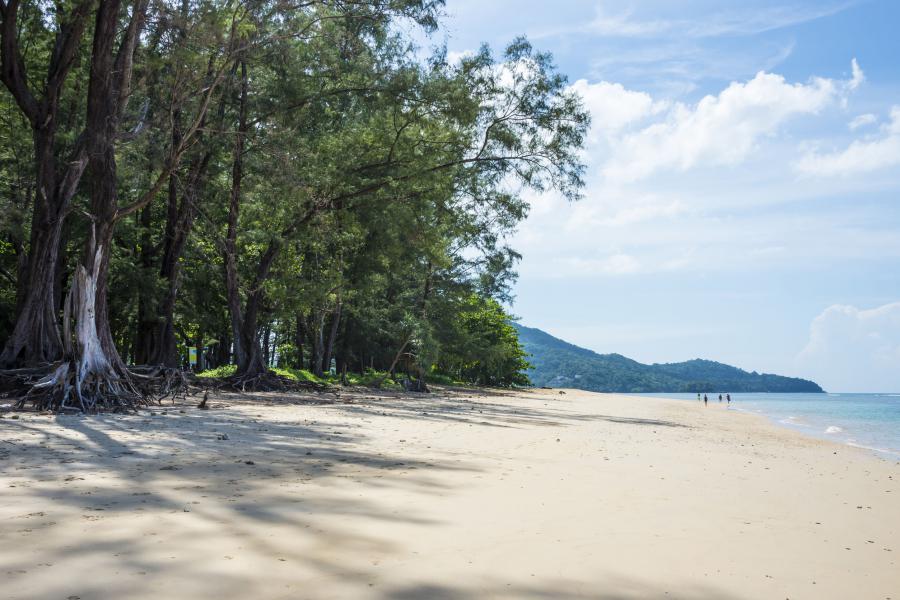